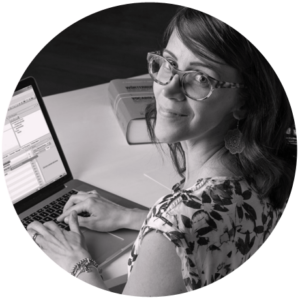 The passion for languages has always followed me since childhood. After attending the Foreign Language High School “M. Belli “in Portogruaro (VE), adding to the knowledge of English and French the German language too, which I immediately loved, I decided to continue studying in Trieste, as the dream of becoming an interpreter was well defined since a long time.

Hence, admission to the highly-feared SSLMIT (Higher School of Modern Language for Interpreters and Translators). Afterwards, I attended two intensive courses at the “ISG Germersheim” (Germany, Mainz), in the field of interpreting and translation, during 2001 and 2005. Then, the suitcase took me to Graz (Austria) for 6 months, at the Karls-Franzens Universität and then in Moscow, for a three-month intercultural exchange at the Moscow State Linguistic University.

I have been working several years as interpreter for the Municipality of San Vito al Tagliamento (PN), the city where I’m living in, which is twinned with S.Veit an der Glan (AT) and Statdlohn (DE), and I still continue offering my linguistic support. Working as a translator and sales assistant in a company allowed me to deepen my technical knowledge, especially in the industrial sector.

I am active as a freelance translator and interpreter in different fields (from marketing to fashion and finance, tourism, engineering), even though my passion (and specialization) is the legal and technical-scientific sector.
Innovation means growth : I am a staunch supporter of continuous improvement, as I think that there should always be a desire to learn and improve oneself; hence the decision to become part of the AITI team, at the moment as an aggregate member.
Competence and professionalism: two essential elements, which, together with correctness, deontology and punctuality, go hand in hand, and can not be separated from one to another.

I collaborate actively with different translation and interpreting agencies, both in Italy and abroad. Upon request, my detailed CV.